The project finishes its first year with significant advances 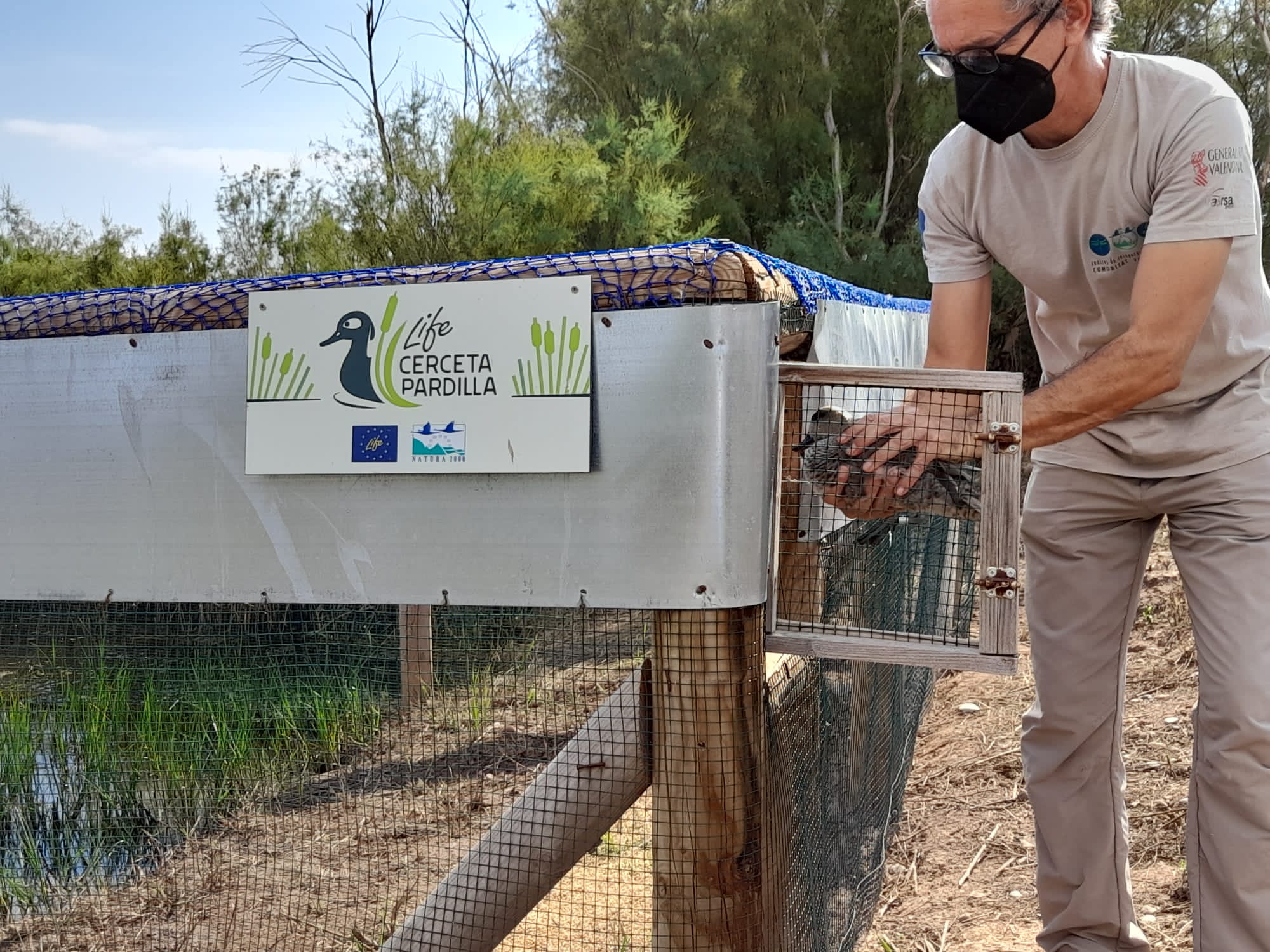 The LIFE Cerceta Pardilla project, coordinated by the Biodiversity Foundation of the Ministry for Ecological Transition and Demographic Challenge, ends its first year of implementation with significant progress.

The main objective of this project is to improve the conservation status of at least 3,000 hectares of wetlands to reverse the risk of extinction of the brown teal, one of the seven species in critical condition in Spain and the most endangered duck on the European continent.

To achieve this goal, conservation actions are being carried out in critical places for the survival of the species. Thus, in these first months of work, two farms have been acquired in the Natural Park of El Hondo, El Espigar I and II, totaling almost 55 hectares of wetlands of great importance for the species, by the organizations ANSE and SEO/BirdLife, partners of the project.

On the other hand, almost 500 specimens of brown teal born in two of the reference captive breeding centers have been released, 15 of them marked with transmitters for monitoring and identification of threats. Along these lines, protocols have been drawn up for habitat management, ex situ conservation of the species, releases for conservation purposes and operation of the breeding centers. Likewise, the genetic evaluation of captive and wild populations of marbled teal is in process, which will allow us to increase our knowledge of the species. In addition, 60 nest boxes have been installed and measures have been implemented to control the predators of the brown teal.

In order to involve the users of the territory inhabited by the teal in its conservation, the project has made progress in the first land stewardship agreements and the first actions have been carried out in collaboration with agents from sectors such as fishing or irrigation.

With the aim of presenting the project and exchanging knowledge about the species, several events have been held with the participation of the sectors involved. On the one hand, the first day of exchange of experiences and training has been held, with the participation of 73 people. The project’s advisory committee, made up of representatives from all sectors, has also been established and held its first meeting, with 64 participants. In addition, an informative seminar was held in Brazo del Este (Seville) to publicize the project in the Andalusian territory, with the presence of 30 representatives of the economic sectors of the area, such as the hunting, rice and agriculture sectors.

Finally, in the field of communication and awareness-raising, the project has launched its website, a presentation video and an information brochure, among other materials. The project has also been presented in an event in Biodirectos format, with the participation of the Secretary of State for the Environment, Hugo Morán.

The project partners are the Ministry for Ecological Transition and the Demographic Challenge, through the Segura Hydrographic Confederation and Tragsatec; the Andalusian Regional Government, through the Ministry of Agriculture, Livestock, Fisheries and Sustainable Development and the Environment and Water Agency; the Valencian Government; the Government of the Region of Murcia, as well as the organizations SEO/BirdLife and ANSE. It has the contribution of the LIFE Program of the European Union and the Directorate General for Water.