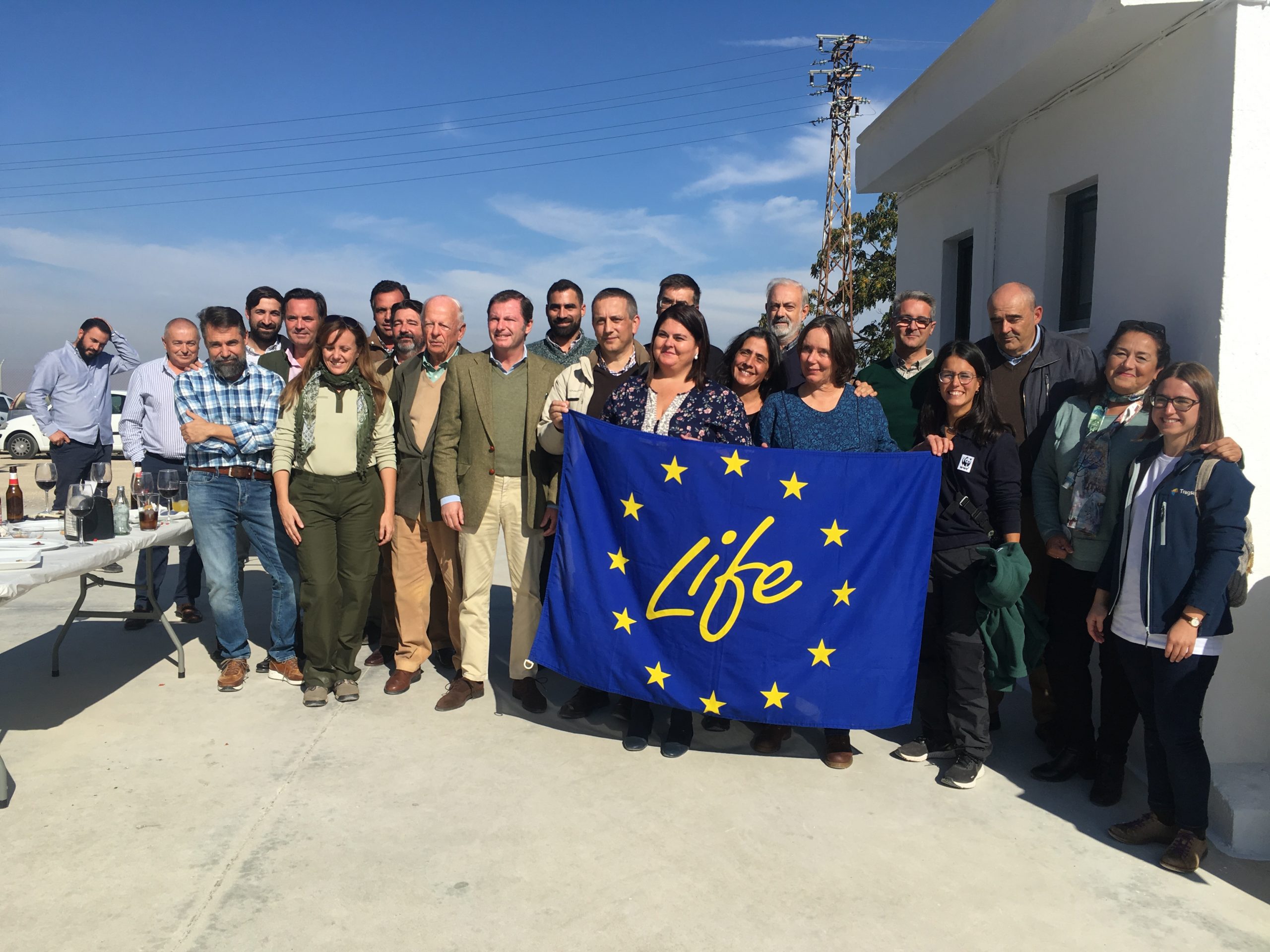 The aim of this initiative is to improve the conservation status of 3,000 hectares of wetlands in order to reverse the risk of extinction of this species, which is currently in a critical situation in Spain. This animal was abundant in Mediterranean coastal wetlands, especially in Doñana, until the mid-20th century, but in recent decades it has suffered a drastic decline and is now considered the most endangered duck in Europe.

The conference, held in the Brazo del Este Natural Park (Seville), was attended by 30 professionals from various fields related to this conservation project, including rice farmers, irrigators, fish farmers, fishermen and hunters. In addition, members of the main conservation organisations and managers of the Doñana Natural Area also attended.

During the meeting, representatives of the Regional Ministry of Agriculture, Livestock, Fisheries and Sustainable Development have detailed the actions that the Andalusian government plans to carry out in this autonomous community over the next five years to recover the brown teal.

Among the measures to be carried out by the Regional Ministry of Sustainable Development are hydrological management works in the Brazo del Este and in the private estate ‘Veta la Palma’, where it is intended to create and maintain suitable areas in which the marbled duck can reproduce. The plans also include the construction of facilities for the captive breeding of this species in the Cañada de los Pájaros Nature Reserve, an action linked to a programme of releases in different wetlands in Andalusia, with the aim of releasing between 80 and 100 specimens each year.

For its part, the Biodiversity Foundation of the Ministry for Ecological Transition and the Demographic Challenge presented, in its capacity as coordinator of the LIFE project at national level, the main lines of work to be carried out in the three autonomous communities (Andalusia, Community of Valencia and Region of Murcia) that are collaborating in this initiative.

In order to reverse the risk of extinction of the species and favour its habitat, the LIFE Cerceta Pardilla project has undertaken a series of actions aimed, on the one hand, at reinforcing the state of its populations in the natural environment; and on the other hand, at improving the state of the wetlands and scientific knowledge of the species.

To these actions will be added, until 2025, others aimed at promoting the participation of relevant sectors for the conservation of the marbled duck, raising social awareness of the situation of this species and promoting environmental education.

Under the coordination of the Biodiversity Foundation of the Ministry for Ecological Transition and the Demographic Challenge, this project brings together among its partners the Ministry of Agriculture, Livestock, Fisheries and Sustainable Development; the Environment and Water Agency (Amaya); the Hydrographic Confederation of Segura; Tragsatec; the Generalitat Valenciana; the Government of the Region of Murcia and the organisations SEO/BirdLife and ANSE.  These partners are also joined, as co-financiers, by the European Union’s LIFE Programme and the Ministry’s Directorate General for Water.