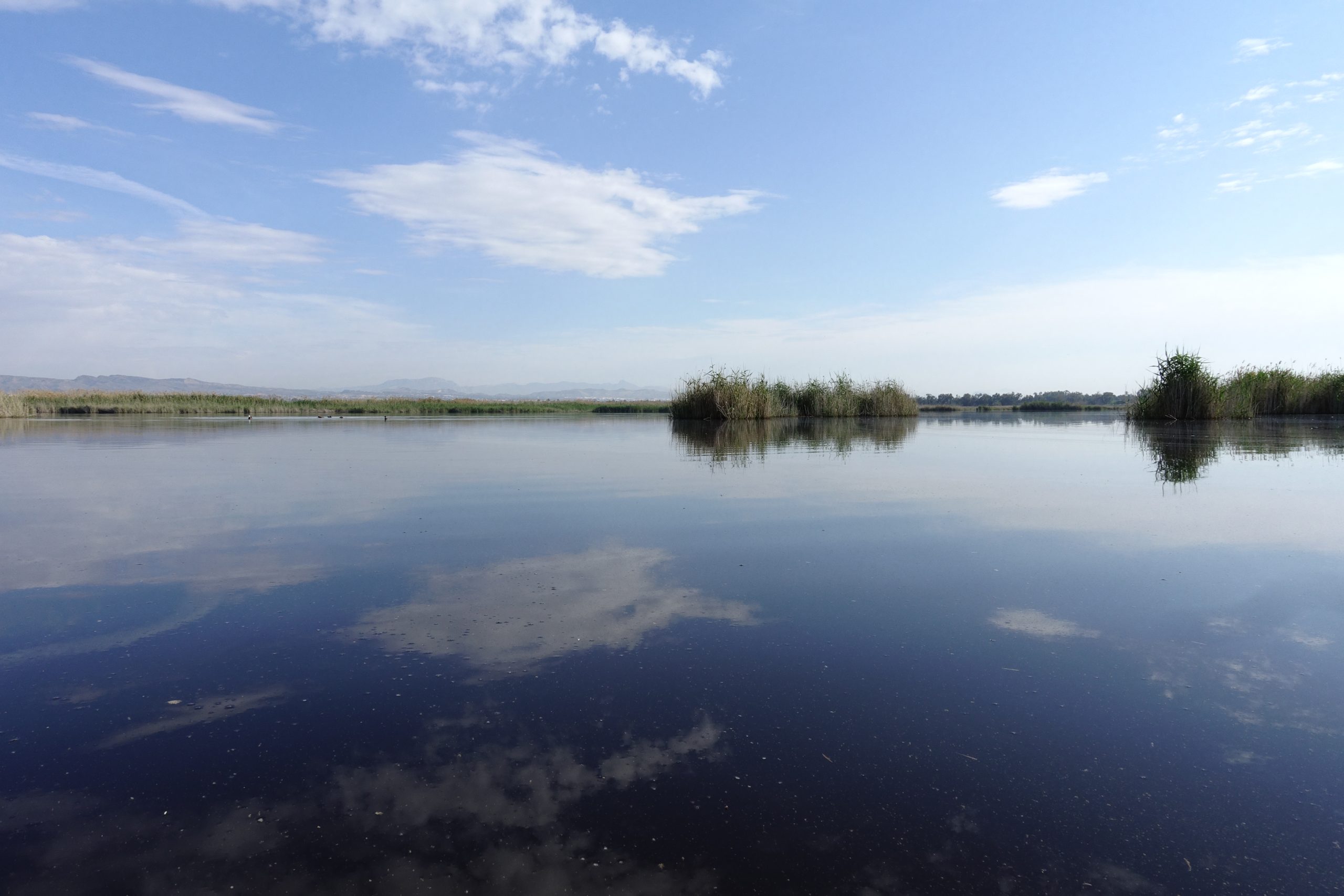 About 55 hectares of wetlands in El Hondo Natural Park (Valencian Community) have been acquired by ANSE and SEO/BirdLife to improve the habitat of the most endangered duck in Europe, within the framework of the LIFE Cerceta Pardilla project, coordinated by the Fundación Biodiversidad of the Ministry for Ecological Transition and the Demographic Challenge.

This project aims to recover 3,000 hectares of wetlands to reverse the risk of extinction of the species, which is in a critical situation in Spain. The loss and degradation of the habitat is its greatest threat and endangers the survival of the marbled teal, the most endangered duck in Europe. For this reason, work has begun to acquire a total of 141 hectares of wetlands, which will be accompanied by a series of conservation actions to improve the state of wetlands in the Valencian Community, Murcia and the Guadalquivir marshes in Andalusia.

The first step in this action has been the purchase of 54.54 hectares of what was once a single farm called El Espigar or Raja Chica, located in the western part of the El Hondo Natural Park, in the Valencian Community. Specifically, ANSE has acquired 29.26 ha and SEO/BirdLife 25.28 ha of this farm. Together with the almost 90 ha of the neighbouring La Raja, they constitute one of the main enclaves for the marbled teal in Spain.

In some years this area has been home to between 20 and 30 % of the breeding population of this species in Spain when flooding conditions have been favourable.

The farm consists of four lagoons with extensive meadows of aquatic plants. It is covered by salt marshes and reed beds, which form a border of several sheets of brackish water populated by aquatic plants (submerged macrophytes). This is a very favourable habitat for the marbled duck, but also for a multitude of water birds, including the white-headed duck, black-necked grebe, common shelduck, coot, common pochard, avocet, little tern and kentish plover.

Due to their ecological value, these areas of the Natura 2000 Network are recognised as critical sites in the Marbled Teal Conservation Strategy, i.e. vital areas for their survival and recovery.

ENCLAVE FOR THE PROTECTION OF THE MARBLED DUCK

Thanks to this acquisition, this wetland will be an enclave for the protection and conservation of the marbled duck. During the development of the project, the ecological conditions of the farm will be improved and its management will be adapted to the water requirements of the species.

Specifically, actions will be carried out for the management of vegetation and the dredging of channels to maintain the surface of the sheet of water, which will guarantee adequate flooding throughout the year. Waterfowl hunting will also be banned on the estate, thus eliminating the main threats to the brown teal in this locality. In addition, the public use of this wetland will be promoted, with the improvement of paths and the installation of observatories.

IN A CRITICAL SITUATION

The marbled duck is one of the seven species in a critical situation in Spain. Until the mid-20th century, the marbled teal was abundant in Mediterranean coastal wetlands, especially in Doñana. But in recent decades its decline has been so drastic that this species of Community interest is critically endangered. The number of breeding pairs in Spain, which is almost its only place of distribution in Europe, stood at 45 pairs last year, with a clear trend towards regression.

In order to reverse the risk of extinction of the species and favour its habitat, the LIFE Cerceta Pardilla project has undertaken a series of actions to reinforce the state of its populations in the natural environment, improve the state of wetlands and scientific knowledge of the species. Until 2025, it will also promote the participation of relevant sectors for its conservation, such as irrigators or hunters, as well as environmental awareness and education.

The Ministry itself, through the Confederación Hidrográfica del Segura and Tragsatec; the Junta de Andalucía, through the Consejería de Agricultura, Ganadería, Pesca y Desarrollo Sostenible and the Agencia de Medio Ambiente y Agua; the Generalitat Valenciana; the Gobierno de la Región de Murcia, as well as the organisations SEO/BirdLife and ANSE are partners in the LIFE Cerceta Pardilla, which is coordinated by the Fundación Biodiversidad del Ministerio para la Transición Ecológica y el Reto Demográfico (Biodiversity Foundation of the Ministry for Ecological Transition and the Demographic Challenge). It is supported by the LIFE Programme of the European Union and the Directorate General for Water