We present the LIFE Cerceta Pardilla project in the Murcia Region 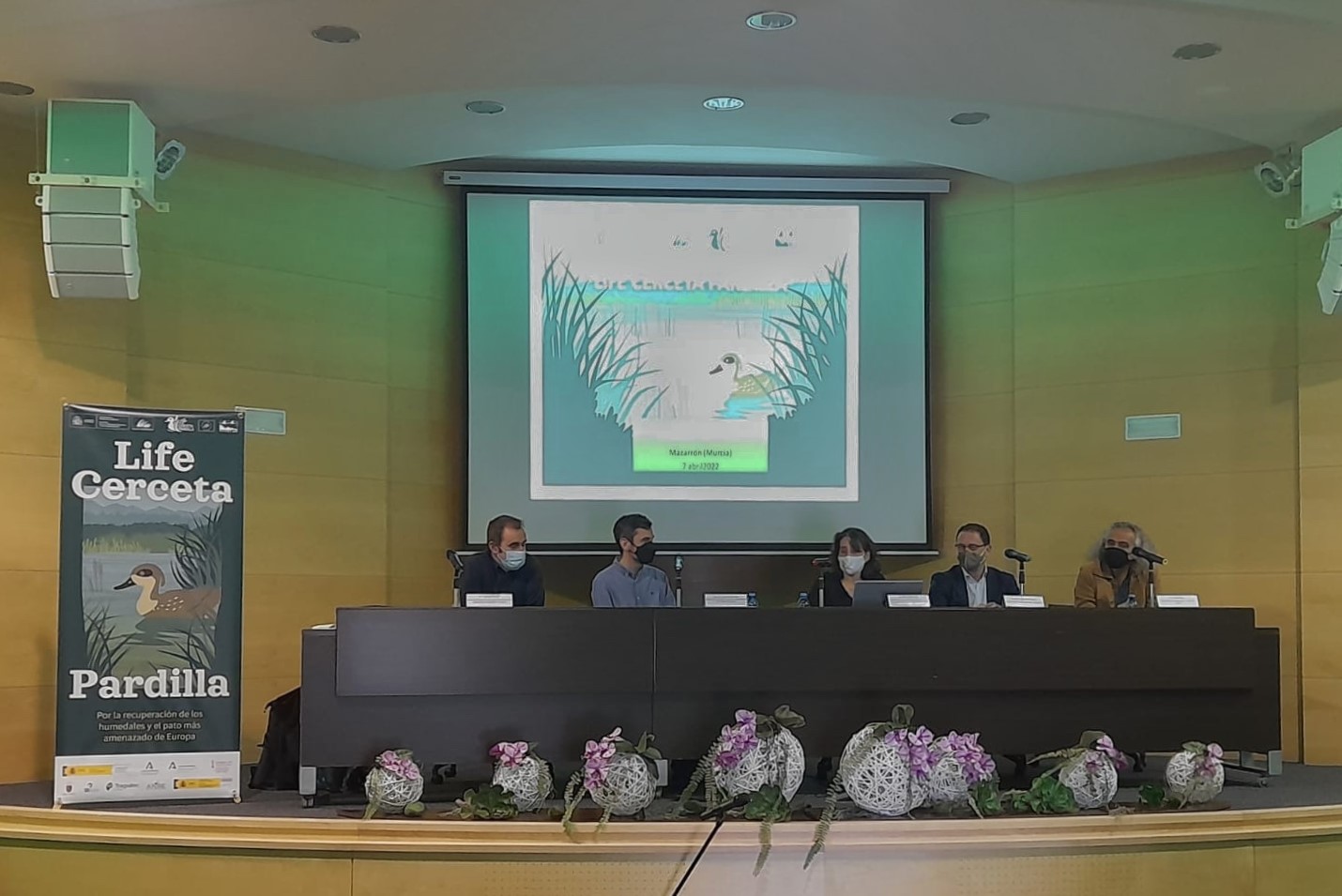 We have presented the LIFE Cerceta Pardilla project to socio-economic sectors of the Region of Murcia, a key territory for the recovery work of one of the seven species in critical situation in Spain. Thus, representatives of groups involved in the conservation of wetlands in general and in the conservation of the shearwater teal in particular, such as technical staff of the local administration, irrigators, farm owners, conservation organisations or ecotourism companies, have participated in the event.

The event, which was held in the Casa de la Cultura of the Town Hall of Mazarrón, was attended by the Biodiversity Foundation of the Ministry for Ecological Transition and Demographic Challenge, which coordinates the project, the Association of Naturalists of the Southeast (ANSE), the Hydrographic Confederation of Segura and representatives of the government of the Region of Murcia, partners of this initiative. The day included a visit to the Las Moreras lagoon, the only locality in this autonomous community where the marbled teal has recently reproduced, which is why it is considered one of the priority sites for carrying out the project’s actions in the region.

IMPROVEMENT OF ITS HABITAT

During the event, the objectives, actions and expected results of the project were presented, with emphasis on the actions carried out in this autonomous community. Specifically, this region participates each year in the coordinated national censuses of the species and other waterbirds. Among the actions aimed at improving the habitat of the marbled teal, the adaptation and management of the vegetation of seven hectares in the Las Moreras lagoon stand out, where a pre-release cage and nest boxes will also be installed for the effective reproduction of the species.

Thus, it is planned to release between 20 and 25 specimens of marbled teal per year born at La Granja de El Saler (Valencia) in different wetlands in the region, achieving the release of a total of 100 individuals when the project is completed. In this line, work is being carried out to establish custody agreements with private owners, irrigation communities and town councils to develop conservation actions, such as the improvement of wetlands, the temporary flooding of crops and salt marshes, the leasing of game or the planting of riverside vegetation.

At the same time, a programme of monitoring and surveillance of the species will be carried out, as well as a sampling of indicators of the Natura 2000 Network and the monitoring of the ecological status of the waters of the Moreras Lagoon according to the Water Framework Directive (WFD). All of this will be accompanied by different awareness-raising and environmental education activities to bring the species and the project closer to the inhabitants of the area.