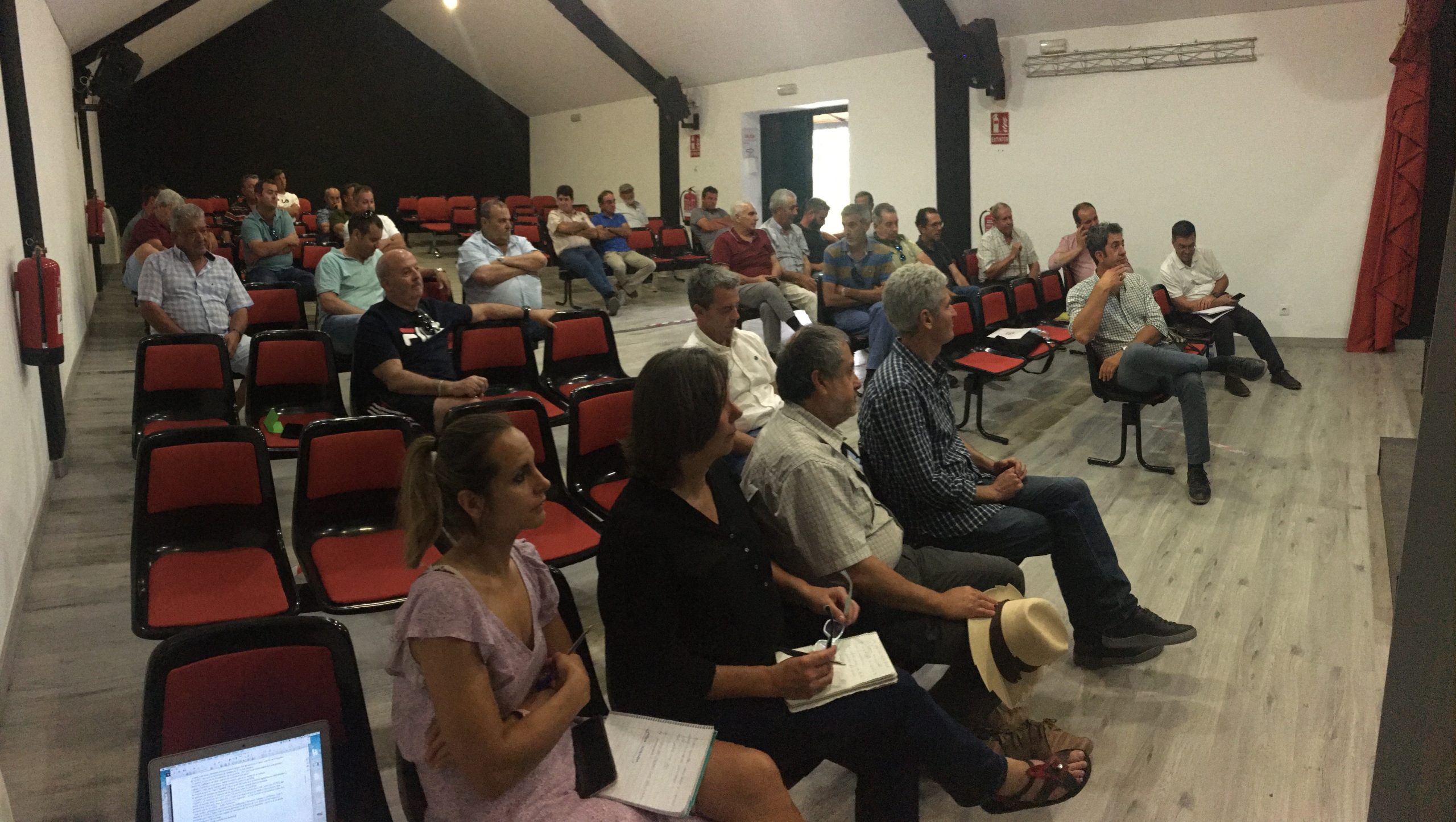 We held two conferences with the hunting sector in the towns of Coria del Río (Seville) and Sanlúcar de Barrameda (Cádiz), both located in the Doñana area, within the framework of the LIFE Cerceta Pardilla to raise awareness of the project and provide an environment for dialogue on the conservation of the species. The conference was attended by representatives of local hunting societies and the Andalusian Hunting Federation (FAC).

On behalf of the project, technicians from the Ministry of Agriculture, Livestock, Fisheries and Sustainable Development of the Andalusian Regional Government and the Andalusian Environment and Water Agency (AMAYA) explained the objectives and main actions of this European initiative. They also explained the current situation of the marbled teal and the interactions that hunting activity can have on the conservation of this duck, the most endangered in Europe.

The hunting community is identified as one of the main players in the conservation of the marbled teal for several reasons. On the one hand, because of its active role in the management of hunting grounds, but also because of the activity itself, since there is a possibility of confusion of the marbled teal with other ducks, especially in flight and in certain light conditions.

The hunters present at the conference have openly shown their willingness to collaborate with the project, and in particular the representatives of the FAC. The participants agreed that habitat management, i.e. the wetlands in which it lives and breeds, is key to the conservation of the marbled teal. In relation to this, the importance of water management was highlighted, especially in the current climate change scenario.

In addition, some of the participants in both events have shared the specific measures that are already being carried out in their areas to contribute to the conservation of this endangered species, such as the creation of reserve areas in suitable habitats for the marbled teal, the reduction of hunting days on a voluntary basis or avoiding hunting on teals to avoid possible confusion between the common teal and the marbled teal. The possibility of reaching land stewardship agreements was also discussed, as the FAC is a member of the Andalusian Land Stewardship Network.

Both meetings have been organised by AMAYA, together with the Regional Ministry of Agriculture, Livestock, Fisheries and Sustainable Development, as an activity contemplated within the communication and awareness-raising actions planned in the project, which is coordinated by the Biodiversity Foundation of the Ministry for Ecological Transition and the Demographic Challenge.