Three marbled teals cross from Spain to North Africa in spring, an unusual time for this journey 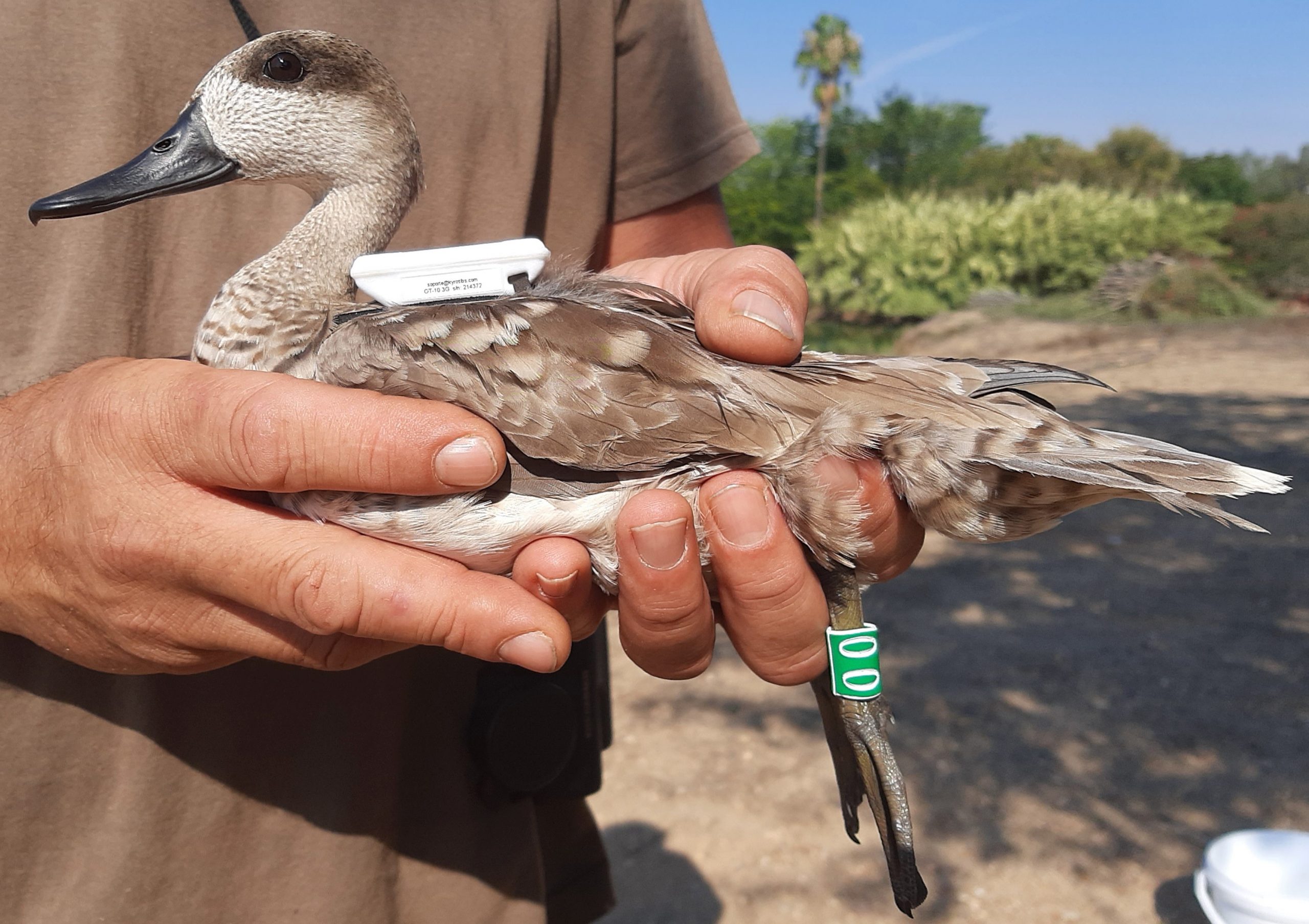 Three specimens of marbled teal have crossed from Andalusia to North Africa, specifically to Morocco and Algeria, in the middle of spring, an unusual journey for this species, which usually moves south in winter.

The birds were named Patricia, Ernesto and Maribel. The three have departed from locations near the city of Seville and, specifically, Patricia is in the vicinity of Marrakech; Ernesto is moving through eastern Morocco, some 60 kilometres south of the city of Nador; and Maribel has arrived in northern Algeria, in the Sebkha de Oran wetlands, to the south of that city. 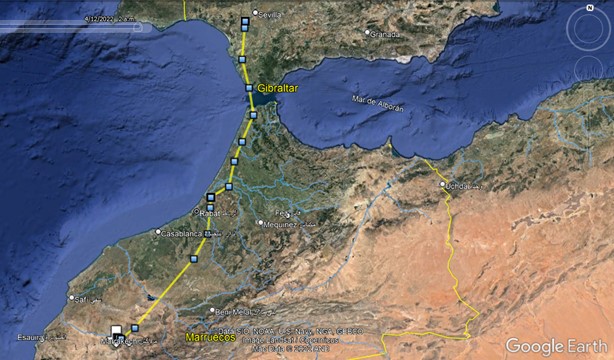 Thanks to the data obtained from the satellite transmitters, it has been possible to record this unusual movement, and more details are known, such as the fact that the journey was made quickly and almost without stopping, and that the three departures took place at night.

Tagging with transmitters is one of the actions carried out within the framework of this project, which allows us to improve our knowledge of the species. The information generated makes it possible to identify the main causes of mortality, to obtain a greater level of knowledge about movements between resting and feeding areas, the habitat selection carried out in different periods, as well as the movements to areas of North Africa, especially Algeria and Morocco.

THE JOURNEY TO AFRICA

The marbled Teal is a partially migratory species, with a general tendency to move to North Africa at the end of November and return to Spain between March and April to breed. However, it makes opportunistic nomadic movements in search of suitable breeding and feeding habitats at any time of the year, thanks to its adaptation to the high fluctuations in habitat availability in natural Mediterranean wetlands. 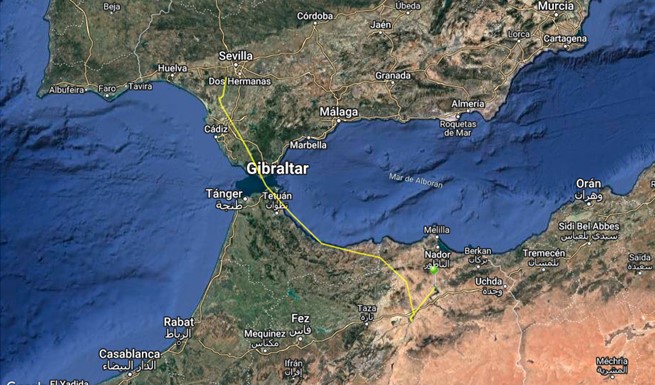 Since 2019, 54 specimens have been tagged in Andalusia, 17 wild and 29 from captive breeding, 16 of the total in the framework of this project. Of these, four specimens have crossed to Africa, all of them wild. Specifically, last year a female crossed, to which the three specimens of this year have been added. Currently, in the month of April, we have received location data for 17 specimens, seven of them wild, including Patricia, Ernesto and Maribel. 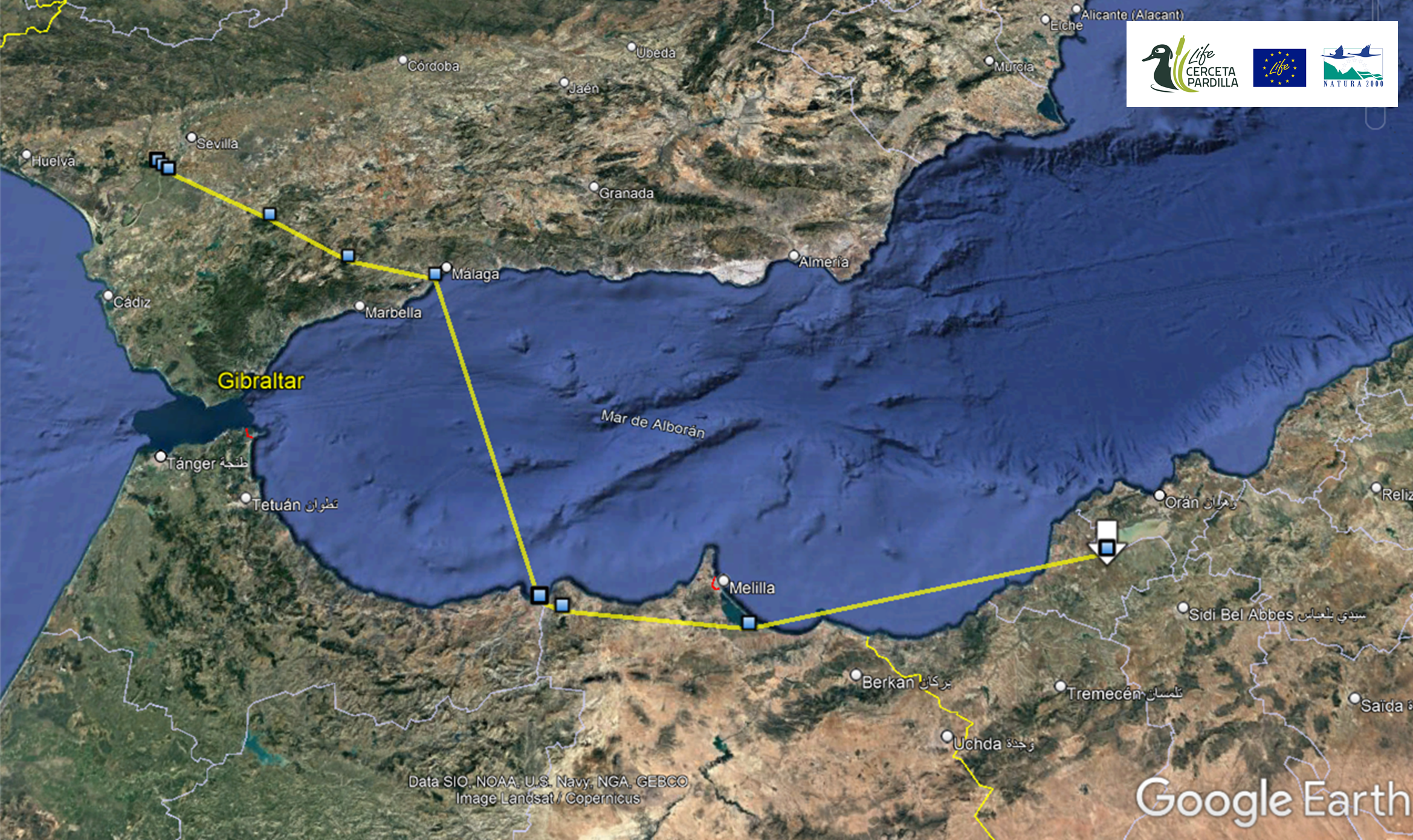