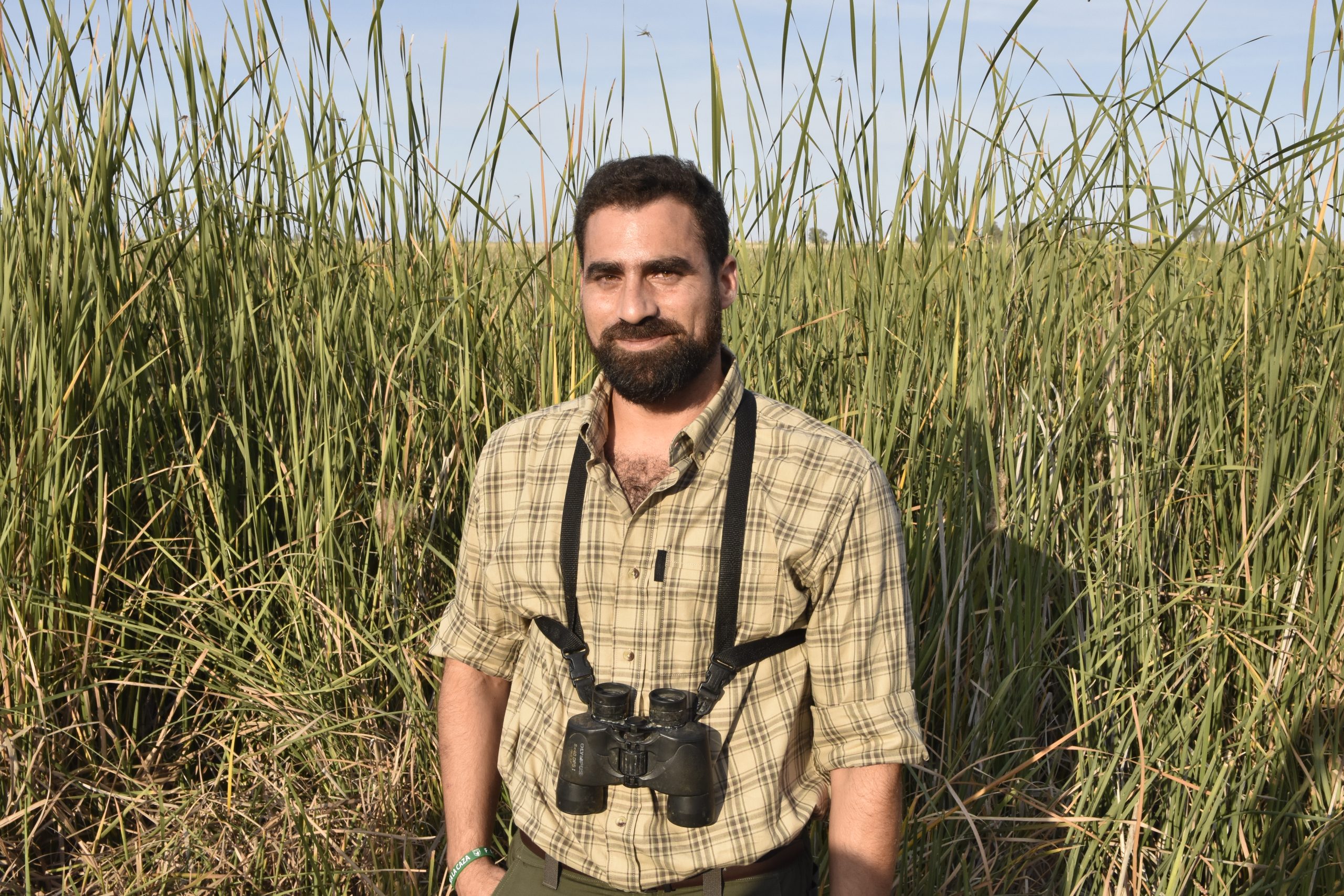 We speak with Fernando Gutiérrez, environmentalist, provincial delegate and technician of the Andalusian Hunting Federation in Seville. Gutiérrez is part of the committee of specialists that advises the LIFE Cerceta Pardilla project in the evaluation of technical and socio-economic aspects for the execution and implementation of the different actions.

How can the hunting sector contribute to the conservation of the marbled teal and wetlands?

The sector can contribute in a similar way as it has already done in Andalusia with other species such as the lynx or the bearded vulture. In the specific case of the marbled teal, it is known that its decline is mainly due to habitat loss. For this reason, the recovery and improvement of these habitats must be a priority in the conservation strategy for the species, and it turns out that this is also a demand of the hunting community.

In the short course of this LIFE project, there are already hunting societies working with landowners to carry out conservation actions for the species. In addition, the hunting sector, understood as hunting societies, hunting owners, hunters, gamekeepers, federations, etc., can contribute to surveillance or monitoring work, providing food during critical periods, raising awareness of the species or reducing interspecific competition, among others.

There are numerous examples where hunting, hunters and conservation go hand in hand. To cite just one, I will cite the case of the peregrine falcon in North America, which during the second half of the last century was in a critical situation due to the indiscriminate use of DDT, the main compound in insecticides. The limitation of its use, personified by conservationists such as Rachel Carson, joined by hunters, and together with the development of captive breeding and reintroduction programmes using falconry techniques dating back to the Middle Ages, led by falconers such as Richard Fyfe and Tom Cade, allowed the species to reproduce again in the wild in 10 years in areas where it had been extinct for 40 years. And 20 years after this milestone, it was taken off the endangered species list and was considered recovered when the initial situation was less than 40 pairs in the United States.

Another falconer, Félix Rodríguez de la Fuente, touched consciences by bringing this breeding programme to the screen in the episode “Operation Peregrine”. Today, the population is so healthy that American falconers are allowed to use wild birds for falconry.

Why is it important for hunters to participate in biodiversity conservation projects such as LIFE Cerceta Pardilla?

It is vital for the success of the project: hunters guard, manage and conserve a large percentage of the land that constitutes the habitat of the marbled teal.

They are one more element of the system, of the territory they share with the species. Just like other groups such as ornithologists, nature photographers, hikers, naturalists or ecologists, they are the ones who enjoy or spend time in a natural environment, the ones who are concerned about the conservation of the resources of that environment.

How can socio-economic uses, such as hunting, be made compatible with the conservation of the species and wetlands?

By creating synergies between the different social and economic sectors of the territory. This requires courageous administrations and commitment from the different sectors.

I am going to move away from wetlands and ducks to the Andalusian hinterland with its partridges and illustrate this more graphically. In the Malaga municipality of Almargen, a pilot scheme was set up by hunters from the village society who, concerned about the decline of the partridge and other steppe species, decided to take action.

Broadly speaking, it consists of paying farmers for strips on the boundaries of their plots that are managed to favour wildlife and increase the diversity of habitats. This experience is part of the Artemisan Foundation’s Rufa Project and the results so far are very encouraging, but how has it come about? With a hunting society committed to conservation and willing to allocate economic, material and personal resources; but necessarily also with farmers who are willing to participate and who cannot afford a decrease in production, so they have to be compensated economically. And also with a local administration, the town council, which has made a clear commitment to the conservation of its natural heritage as opposed to other alternatives.

Poaching is an activity that, as hunting owners, affects you directly and has a great impact on some species, such as the brown teal. What measures do you think should be promoted to put an end to this practice?

Poaching is a practice that should be eradicated and that affects the collective not only because it steals a natural resource, but it is also harmful when, on occasions, society wrongly associates this illegal act with hunting.

The measures should be vigilance and cooperation between all those who want to conserve the marbled teal in order to remove these criminals from the natural environment.

The project carries out technical conferences with the different sectors to bring the importance of the species closer and to seek their collaboration and involvement. Some of them have already been held, one recently in Sanlúcar de Barrameda with the hunting sector. How are these types of conferences received by hunters and how can they help to generate spaces for meeting and dialogue?

I attended the one in Coria del Río and it was very well received. It was gratifying to see what I sensed, the attendees were very participative from the start. I think that this feeling was also felt by the organisers, whom I would like to congratulate on this initiative.

Putting a face to the person in charge of the project, to the person who is on the ground monitoring the species, to the staff of the administration, listening to each other, exchanging telephone numbers and e-mails, or that the concerns of all the parties are perceived, creates that meeting and that dialogue that lead to empathy between groups and with the natural environment itself, being this the necessary breeding ground for all of us to get involved in the conservation of the marbled teal. We cannot forget that we are just another species on this planet. Today it is the teal, tomorrow it could be us. Therefore, it is time to face the fight against the loss of biodiversity, which science indicates is due to human causes and which is so serious that it is considered to be the sixth mass extinction event of species in the history of our planet.