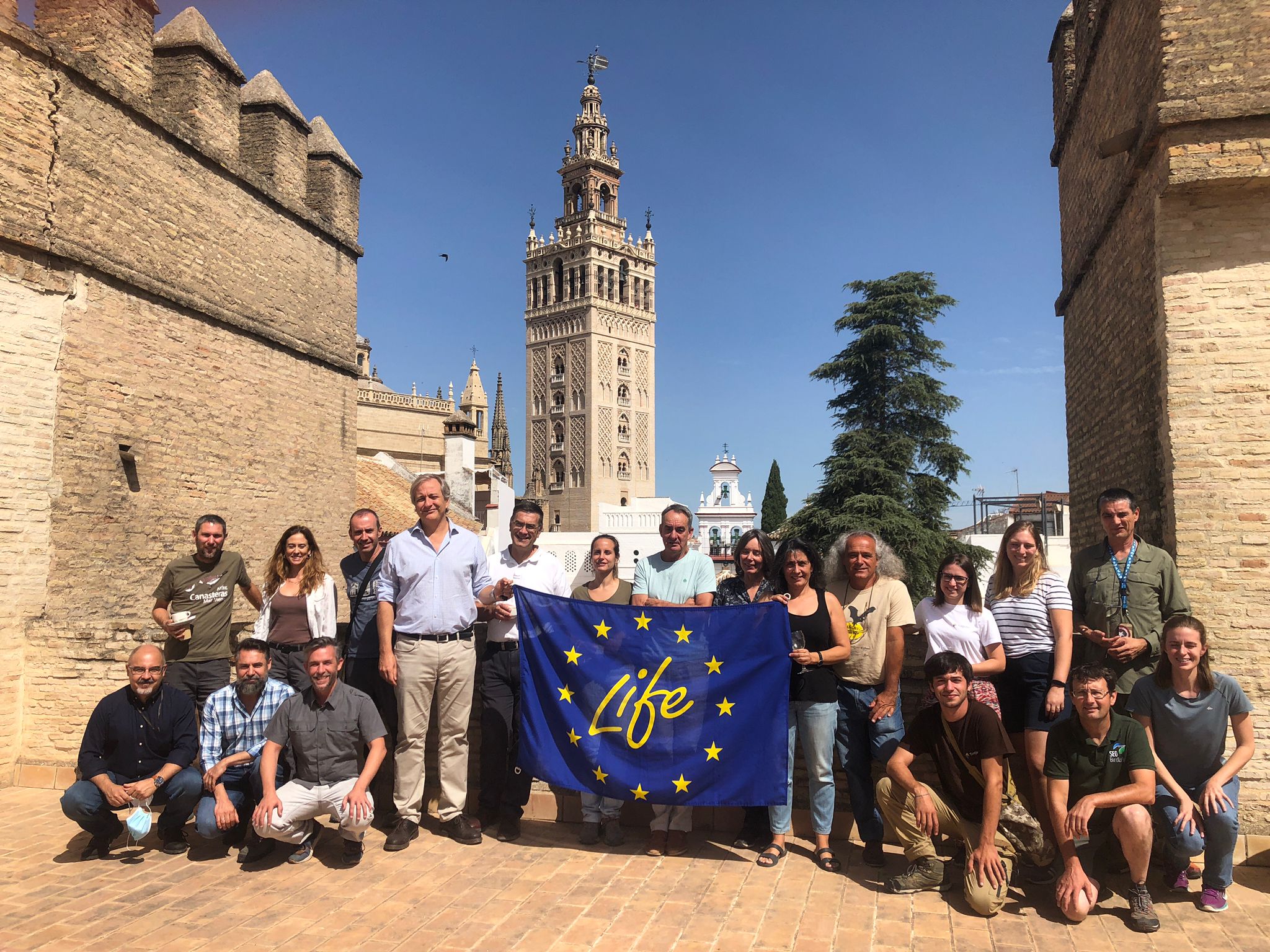 On the occasion of the annual monitoring visit of the European Commission to the LIFE Cerceta Pardilla project, which is coordinated by the Fundación Biodiversidad of the Ministry for Ecological Transition and the Demographic Challenge, we take stock of the progress in the different conservation, research, governance and awareness actions that we have carried out in the first six months of the year 2022.

The spring period is particularly relevant for the species, as it coincides with the breeding season. In the project’s reference captive breeding centre, the Granja de El Saler (Valencia), almost 300 chicks have already hatched this year, which will be released in different locations suitable for the species.

In the field of conservation, relevant documents have been finalised for the protection of the marbled teal and wetlands, such as the guide of good practices for the management of the species’ habitat. Five of the six planned conservation protocols have also been drawn up, which will guide actions on ex situ conservation, the operation of breeding centres, the release of specimens, the removal of clutches and other health measures. These protocols have also been approved by the committee of experts advising the project.

On the other hand, different conservation actions are being carried out to improve the ecological conditions of the El Espigar estate, located in the El Hondo Natural Park (Elche), and acquired within the framework of the project. This is more than 55 hectares, purchased by SEO/BirdLife and ANSE, partners in the project. Thanks to the improvements at El Espigar, 20 specimens of this species, bred in captivity at the La Granja de El Saler centre (Valencia), have been released. This is an important milestone in the project as it is the first release carried out on one of the acquired plots of land. Along these lines, the management and public use plan for the farm has been completed, which includes the guidelines for the correct maintenance or re-establishment of the favourable conservation status of the marbled teal populations and their habitat.

Knowledge is essential for protection, which is why research actions also play a central role in the project. On the one hand, work is being done to obtain more data on the movements of the species by tagging them with transmitters that carry a GPS and communicate the location and activity of the bird via mobile phones. This makes it possible to know the movements of the species and to establish common methodologies with the countries of North Africa, to which the marbled teal generally travels in winter. However, and thanks precisely to this information, the movement of three specimens in spring has been discovered, an unusual journey, which allows us to increase our knowledge of the species.

The evaluation of the genetic variability and structure of the captive and wild populations of marbled teal is also being finalised, the results of which will make it possible to characterise the individuals present in the different geographical areas where the species is distributed and to better guide conservation actions.

Furthermore, the collaboration and involvement of other actors and sectors linked to the species or its habitat is essential. For this reason, the first land stewardship agreements have been signed with farmers and landowners to ensure their involvement and commitment to the conservation of the species.

Communication and awareness-raising about the species are key aspects to achieve the involvement of society and guarantee its protection. In this sense, during the first half of the year, the first conference for journalists was held, with the aim of explaining the project on the ground and making journalists aware of the actions first hand.

On the other hand, different materials and conferences have been held to reach other socio-economic sectors relevant to the species, such as hunting, irrigation or agriculture, and volunteer actions, aimed at all audiences.